How to Tell Someone They Have a Strong Accent 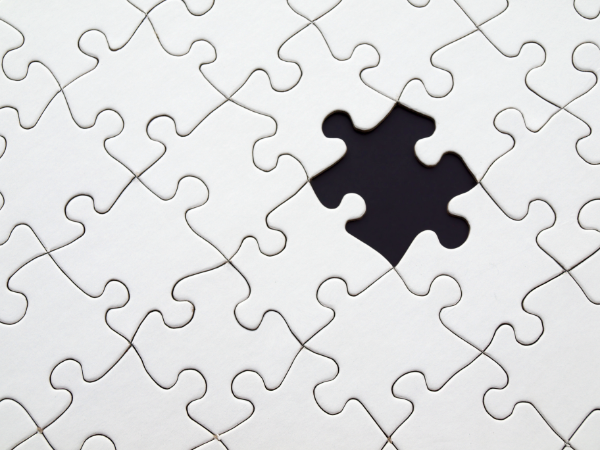 How to Tell Someone They Have a Strong Accent

How do you Tell Someone they have a Strong Accent?

I was having a conversation with a client last week about how you help someone who has a strong accent. Number one issue on most people’s minds is, how do you broach such a personal subject without being either rude or racist.

Being a specialist in this area means I don’t find this much of a problem. Having heard the accent, I usually start by saying something along the lines of:

I hope you don’t mind me commenting on your accent, but we specialise in helping people reduce strong accents and communicate more effectively…

Obviously, most of you reading this article won’t have this excuse so we’ve thought up a few strategies you could use for politely suggesting someone might need help.

When Does a Strong Accent Need Work?

We have a useful quiz on the Accent Reduction website which should give you a good idea. Simply not pronouncing the odd word exactly as you would is not a reason to offer help. I worked with a lovely Frenchwoman who nearly always said “unindated” instead of “inundated.” We understood what she meant.

Mispronunciation of sounds like “W”, “V”, “L”, “R” and the “Th” sounds. On their own – not a problem. If they’re saying “Ve” instead of “We” it’s unlikely to making it difficult for you to understand. Many native English speakers can’t manage the “Th” sounds properly, substituting “F”, “T” and “D”. One leader I worked with always missed off the “T” in words like “Impact.” Again, we understood what he meant. Many speakers add extra sounds, a common example is adding the “e” into the past participle ending so that “Booked” becomes “Bookéd.”

A few of these are unlikely to stop you from understanding what someone’s saying. It might be slightly grating to hear someone say “zis” instead of “this” or “fink” instead of “think” but they’re not deal breakers.

It’s also worth saying that everyone has an accent, even if you don’t think you do. It’s easy to forget this living in a country like Australia where accent is fairly homogenous across the nation. Someone with a strong Yorkshire accent may not take kindly to the idea that they need to improve their English.

What is likely to make it difficult is a number of these mispronunciations issues plus strange inflections and stress patterns. The more of these there are the harder it will be to understand.

Accent is in the Ear of the Speaker

Accent is also a very subjective issue meaning that the individual doesn’t always have a good awareness of how strong their accent actually is. In this case it’s important to understand that you cannot help someone who does not want to be helped. Leave well alone. I will write on strategies that you can employ to understand someone who has a strong accent.

Similarly, some people are embarrassed about their accent when they have nothing to be embarrassed about. This is a more complex issue and involves their self-esteem system. We can definitely help with this through our Vocal Branding program. Head over to the Clearly Talking website where we have plenty of resources dealing with self-esteem.

The best place to start is from a  feeling of empathy for the individual’s situation. Is it obvious that they are struggling to understand or be understood? If so, then you’re on the right footing to offer some help.

You’ve got to be polite. In my mind there is no excuse for rudeness when it comes to a personal issue like the way someone speaks. You must be sensitive, and you need to have built up enough rapport to allow you to say something that could potentially make someone feel defensive. This also implies that you need to know when to back off. If someone says no thanks leave it there.

Dealing with the question of someone’s strong accent is simply a matter of learning new language and communication skills. Believe it or not, when I first arrived in Australia, I had a strong British accent which I had to learn to modify to make myself understood to locals. This was despite the fact that I grew up with dual nationality, my mum having been born in Australia in the 1920s.

The sad truth is that strong accents are used as an excuse by certain unscrupulous employers to mask racism. Even certain more enlightened employers have confided in me that they are unable to promote employees with strong accents into client facing roles because the clients simply don’t understand them. Many of our accent reduction clients are well qualified intelligent and articulate individuals. They can face difficulties getting employment which befits their qualifications and experience. What a waste of talent! How frustrating for the person concerned!

The Important Question of Racism

This is a question that is thrown at me frequently. It goes like this, “Accent reduction? Isn’t that racist?”

My response is always, “No! It’s about reaching out to a fellow human being who is struggling to make themselves understood.” I would argue that being able to communicate clearly and effectively with others is a basic human need if not an actual human right. I would add the caveat that we aim to reduce not to eliminate. We believe that an accent is part of who you think you are. We only aim to help people to become more clearly understood.

The question about whether or not you’re being racist in commenting on someone else’s accent is a matter that you must answer for yourself. The check I would offer is if you’re feeling a sense of superiority in raising the issue, then it’s likely that your motives are tinged with racism.

Most of the people who have strong accents are well educated with at least a Batchelor’s degree, and have a high value quotient. The cultures they come from are often far older and more sophisticated than our own. Typically, clients that see us can speak at least two languages fluently and many can claim to be polyglots. Still feeling superior?

Indirect methods are nearly always counter–productive and can easily be taken the wrong way. So, dropping heavy handed hints and making pointed comments to colleagues is more likely to create problems for you.

Similarly offering help without asking can be insulting. Some people are happy with their accents, even if they are difficult to understand, and see no reason to change: despite what you may think.

Direct approaches are nearly always best. Be honest and straight forward. Try not to be personal. Tell them that you sometimes have difficulties understanding them. Pick your moment. If you work with them find a time when they are feeling positive, for example when they’ve had some good news.

A common mistake is to assume that just because someone has a strong accent that they are somehow stupid or have some kind of learning disability. As I have already mentioned, the reverse is usually the case. Research shows that new language acquisition becomes increasingly difficult as we get older. Additionally, your accent is part of your identity. It shows that you value things about your parent culture.

Language acquisition and the imprinting of cultural values are all well in place by the time you enter the workforce. So, a professional in their thirties has a real challenge as would you if you went to live in another culture. Prove it for yourself by trying to learn another language. I am in my sixties and have spent the last two years learning Welsh (my grandfather’s language). After hours of practice, I still don’t think I could hold a conversation. However, I learnt French in my teens. I’m not as fluent as I was having spent the last twenty years in Australia. However, I’m still able to drop into French easily and watch a French film without the subtitles.

Did I mention that there are some significant rewards for helping someone with their accent?

Firstly, you are likely to make a lifelong friend. Working on an accent takes effort and dedication. So, you get to know someone very well by the time you’ve finished.

Secondly, the person you have helped will most probably be grateful because you will have made a big difference to their life. Helping someone to communicate more effectively releases them from a world of frustration, awkwardness, and limitations.

Thirdly your life will be greatly enriched. You will learn not only about the person you are helping but bits and pieces about their language, culture, and people. It’s a mind-broadening experience. Throughout my career training and teaching, I have found that I learn as much as the people I’m teaching; it’s just not what I’m teaching.

If you’re a native English speaker, even if you flunked English at school, you are still more of an expert at English than you realise. Simply listening and correcting pronunciation will help. Offer to meet for coffee or a drink after work.

Get them to watch local Australian TV and films and listen to speaking books voiced by Australian actors. Avoid American and Canadian materials as, vocabulary, spelling, word and sentence stress are all different.

Encourage them to use a voice recorder (there’s often an app on their phone) to practice so they can hear what they sound like. Listening to yourself is one of the best ways to improve speech habits.

If you don’t fancy doing it yourself or if you can’t spare the time, there are professionals like us that can help.

We start by doing a detailed vocal and accent assessment. The aim is to understand specifically where the problems exist. We then devise a program that will address the issues. Give them our number or web address to arrange an appointment. The assessment can be done over the phone, Skype or in person.

Our approach is to reduce an accent to the level where it’s no longer an obstacle to communication. We prefer the term accent reduction: some call this accent modification. We believe that your accent is part of your identity, so we don’t aim to eliminate or neutralise the accent. There are services that will do this called accent neutralisation or accent elimination. Speech therapists as well as voice coaches usually offer accent reduction or neutralisation services.

There’s a lot that can be done for someone with a strong accent. Besides professional help you can do a lot yourself. Providing that the person wants to be helped, it can be very rewarding, and you’ll be doing them a huge service.

Pluck up your courage and help a friend or colleague today. 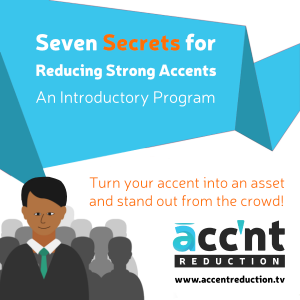 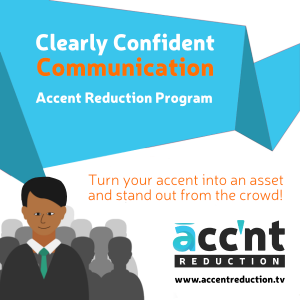 Accentreduction.tv is an Accent Reduction program offered by